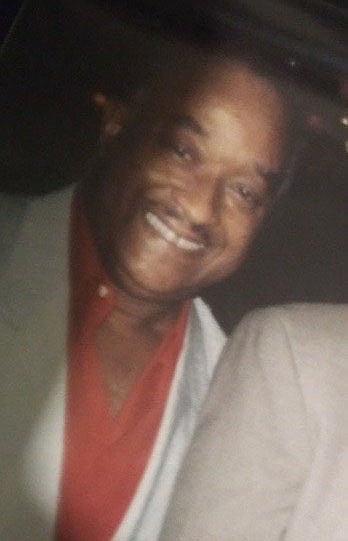 Al Howard, the laid-back owner of Harlem’s last remaining jazz club and bar Showman’s Café, where locals and tourists both national and international flocked for over 50 years, died October 21. He was 93.

His obituary noted the cause of death was COVID-19 virus.

Howard purchased the popular bar when it was just a few doors down from the Apollo Theater when performers from next door included Sammy Davis Jr., Pearl Bailey, Sara Vaughan and Arthur Prysock. Years later (following a fire) the legendary bar moved to Eighth Avenue where the Magic Johnson Theater is now located; eventually it moved to its present location at 375 West 125th Street.

With Howard at the helm of Showman’s he played a major role in hiring some of the most talented musicians in the Harlem community. The bar earned a name as an organist bar where Jack McDuff, Seleno Clarke and Dr. Lonnie Smith played in the early days of their careers, as well as Lou Donaldson and George Benson. “Al was a great guy and we had some good times at Showman’s,” said Dr. Lonnie Smith. Many musicians went on to become internationally known including drummer David F. Gibson. “Showman’s was one of the first places I worked with Bill Saxton’s band when I came to New York in 1993,” said Gibson. Showman’s is one of the last neighborhood bars that caters to jazz.”

One of Howard’s most significant evenings at Showman’s took place in early 2000 when organist Seleno Clarke and guitarist/vocalist George Benson hosted a fundraiser for their buddy and mentor organist Jack McDuff, who often played at Showman’s. VIPs who came out in support were actor Joe Pesci and then “60 Minutes” commentator Ed Bradley. Guitarists: George Benson, Russell Malone, Mark Whitfield, Pat Martino and Ronnie Jordan; organist Joey DeFrancesso along with the incredible singer Etta Jones. Always humble, Howard thanked the guests for coming out in support of his friend and longtime supporter McDuff and the many musicians who had traveled from around the country to be at the club.

“Al was a man of integrity, a lover of music and lover of life,” stated saxophonist and composer Patience Higgins. “He was always a warm and greeting spirit whenever I had the honor of playing at Showman’s.”

Before taking ownership of Showman’s, Howard was a New York City police officer. He was in the first graduating class of Black police officers to join the force, where he served for 31 and a half years before retiring as a distinguished detective. During those years, he helped save the life of Dr. Martin Luther King Jr. when a woman attempted to stab him at a book signing in Blumstein’s department store. He later played a key role as the detective acting supervisor in the capture of Avid Berkowitz (Son of Sam). He received 19 commendations and served as a mentor to many young men who joined the force.

“When I decided to play clubs in Harlem, Al gave me a Wednesday night to perform,” said saxophonist, composer and owner of Bill’s Place, Bill Saxton. “Showman’s stage is where I got my training to become a bandleader. I kept that night for about 10 years. I will always be grateful to Al for that opportunity.”

Alfred “Al” Howard was born in Georgia in May 1927 to Jesse and Mary Howard. While he didn’t become a musician, he did play saxophone in the high school band. After graduating he moved to New York City to be with his family, who had moved there a year earlier. In 1947, he married his childhood sweetheart Eunice and they had two children Alfred Jr. and Jacqueline. He attended City College and worked as a theatrical costumer before joining the NYPD.


“Al was a mentor to me in the club business and law enforcement,” said Ted Carelock, former owner of the News Room jazz club in the Bronx (1995-2016). “Al was a great guy, many of the musicians who played his club also played my club like Greg Bandy, Jimmy ‘Preacher’ Robbins, Patience Higgins, Lonnie Youngblood and Lou Donaldson.”


Howard’s funeral was held October 27 at J. Foster Phillips Funeral Home in Jamaica Queens. He was buried at The Evergreens Cemetery in Brooklyn, New York.