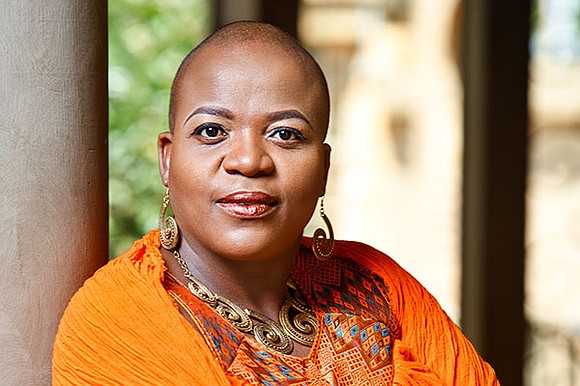 This year’s Goethe Medal has been awarded to African writer and publisher Zukiswa Wanner, Elvira Espejo Ayca of Bolivia and Ian McEwan of the U.K. for their commitment to international cultural exchange.

Zukiswa, a writer, journalist and publisher, is the author of the novels “The Madams” (2006), “Behind Every Successful Man” (2008), “Men of the South” (2010) and two children’s books–– “Jama Loves Bananas” and “Refilwe.” As an essayist she wrote “The Politics of Race, Class and Identity in Education” and 2011 Mail & Guardian’s book of Women Introductory essay, “Being a Woman in South Africa.”

Born of a South African father and a Zambian mother, Zukiswa now lives in Kenya. She is the founder of ReadSA, a writer-initiated campaign to get South Africans reading more African literature with a particular emphasis on donating locally-written books to school libraries. She was also in the inaugural writing team for the first South African radio serial in English, SAFM’s “Radio Vuka.”

Her novels have been shortlisted for awards including the South African Literary Awards and the Commonwealth Writers’ Prize. She is a specialist in South African literature. During the lockdown in Nairobi, she started a Pan-African literary festival.

“Wanner writes beyond national borders,” the jury declared, “by allowing the diversity of African cultures to flow into her artistic work. She is a citizen of the world and a role model for an entire generation.”

Speaking to the online magazine Pambazuka, Zukiswa reflected: “My greatest challenge is being referred to as ‘a good female writer,’ as opposed to just being a good or bad writer. I think it’s awfully patronizing and I tend to dismiss people who refer to me as that because my writing (essays, blogs, etc.) is not limited to ‘female issues’ (whatever that is) and even if it was, women make up half the world anyway.”

“The coronavirus crisis is changing societies through isolation, disinformation and contradictions,” said the president of the Goethe-Institut, Klaus-Dieter Lehmann, which makes it even more important to highlight the work of people who focus on creating connections.