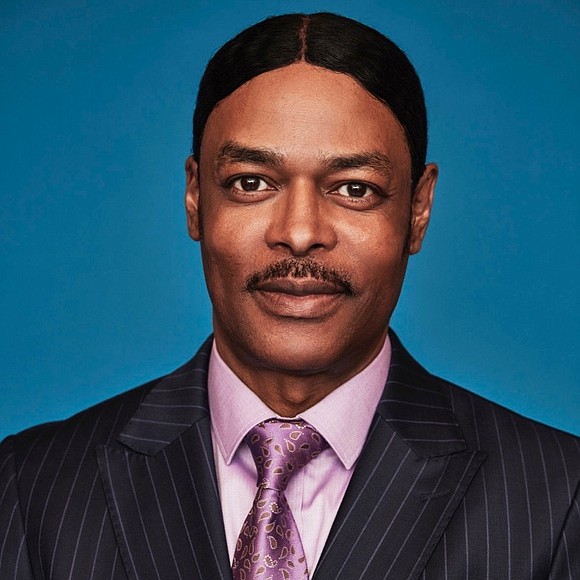 Isaac Wright Jr., who’s running for mayor of New York City, believes that anything is possible.

Wright, who’s story is part of the inspiration for the ABC series “For Life,” managed to study law and crime while serving a life sentence in prison. He’d eventually use those lessons to lead himself to freedom after proving that he was falsely convicted on the drug charges that put him in there and reduce sentences for other inmates as well. By that time, he had already served seven years.

Wright already has the support of rapper Curtis “50 Cent” Jackson who wrote on Instagram back in December “He is the real deal. We need people like him.”

In 1991, Wright went from a Somerset County Courtroom in New Jersey to behind bars after being convicted under the state’s “drug kingpin” law.

Wright told the AmNews how being sent to prison gave him virtual whiplash.

“My world had changed,” said Wright to the AmNews when he was sent to prison. “It was very, very catastrophic and immediate. It wasn’t a gradual thing that you could see coming and prepare to withstand the storm. And the hole just got deeper and deeper. I stepped out of one world immediately into another world as if you were stepping through a door.”

With his past as a steppingstone, Wright sees a city dealing with multiple issues that can change the city for the worse.

“When this pandemic hit New York, it dropped the city to its knees,” said Wright. “It was the first time I saw Times Square empty. Commercial buildings were empty. Businesses are moving out. The city was still hustling and bustling after 9/11. COVID stopped all of that. It’s the first time that the city has suffered this sort of calamity.

“The deficit is on the rise and there’s no real tax dollars to bring it back,” said Wright. “How do you get a city like New York back, when you can’t borrow money, when you can’t really raise taxes? It’s going to take a person who will not only think outside of the box, but make the impossible possible.”

Part of making the impossible possible includes his ideas for public housing.

“Half a million people live in NYCHA housing,” said Wright. “NYCHA constitutes a city within a city in New York. No one owns their homes. One of the things I would do is convert it into a conduit for home ownership. There are generational renters who have never lived with a home and will die without a home. This can give people a better sense of worth. This is something people should’ve been talking about decades ago.”

Wright told the AmNews that he used his intellect to help improve conditions for his inmates using tactics he learned studying law.

“It was probably within my second year in prison, I was one of the most powerful inmates,” said Wright. “By my fourth and fifth year, I could pick up the phone and call the attorney general’s office.”

But Wright realized that he was a big fish in a small pond with gates.

“With all my power, I was serving a life sentence no matter what people I had or parlayed agreements with the warden for the populations,” Wright said. “I was a prisoner and I was going to die there. Even in victory, there’s a huge defeat in that. It’s not sweet. It’s entirely bitter.

“Running for mayor is a part of me finding and identifying that person who calls himself Isaac Wright Jr.,” said Wright. “None [of the other candidates] have the kind of experiences moving through the kinds of challenges that I endured. My experience has prepared me for this moment in time.

“No candidate has the background I have with criminal justice,” said Wright. “I understand that there’s someone who worked in law enforcement running for mayor, but he didn’t change the lives of Black and Brown people and the militarization of the police. The reason they don’t have the answers is because they haven’t been on the other side.”

Wright, however, gets the reason why officers would want to keep their community a certain way.

“I understand the need to feel powerful,” said Wright. “I understand the code of silence. But things have gotten out of hand and we have social media to highlight that. With my intimate understanding of law enforcement I can get them to display what it truly means to protect and serve.”

But he also wants less prisons and a renovation of Rikers Island.

“I don’t believe in expansion,” said Wright. “I believe Rikers Island should be upgraded and made humane and help prevent recidivism. It should be made a more viable institution for the public-at-large.”