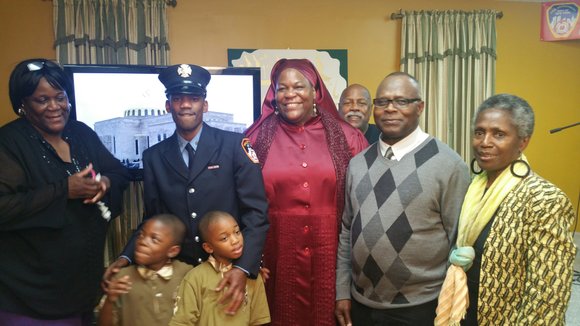 Last week, Khalid Lee, 23, was one of 295 probationary firefighters to graduate in a ceremony at the Queens College Performing Arts Center. Mayor Bill de Blasio declared, “This class reflects all of New York City.” Among the graduates, 40 percent identified as people of color: 17.7 percent as Black, 19.7 percent as Hispanic and 2.4 percent as Asian

Firefighter Lee’s, mother, Fatima Turner, told the Amsterdam News, “I could never thank Allah (God) enough for all that he has done for my family. I am so proud of my son Khalid for the dedication and perseverance he has shown in maintaining and fulfilling a childhood dream.”

Lee’s family hosted a post-graduation celebration at Brooklyn’s Mosque 7C, Turner said, to highlight “Khalid’s accomplishment, which represents all that is possible in a cruel and harsh world that is diametrically opposed to the rise of the Black men, youth in particular.”