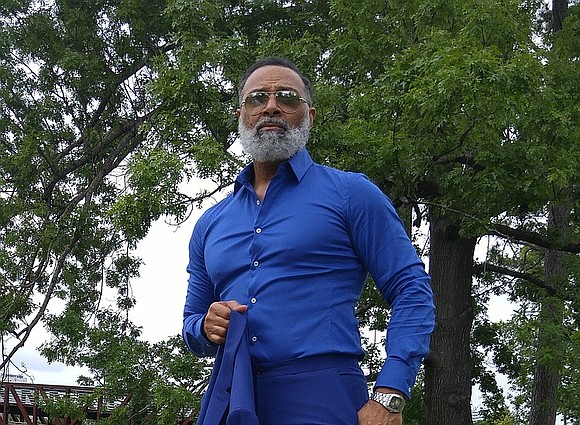 From photo shoots to club appearances, traveling the country and even walking brides down the aisle, the past year for social media sensation turned model Irvin Randle has been eventful.

It was Fourth of July weekend in 2016 when the world learned about the 55-year-old Houston elementary school teacher when his photos were posted by a man on Facebook. The grandfather of two was thrusted to superstar status on the internet because of his stylish and youthful looks.

Soon after his life changed getting international media attention and trending on social media with the hashtag #MrStealYourGrandma.

A year later he’s still creating buzz online with over 860,000 fans on his official Facebook page (@irvinrandleonline) and 140,000 followers on Instagram (@irvinrandle) where his pictures get thousands of likes. His social media accounts now contain photos with celebrities, videos and, of course, a variety of fashion forward pics.

“My life has changed 120 percent,” Randle said in a recent interview with the AmNews. “It’s really been an exciting ride. It’s been wonderful for me.”

One of his most recent appearances was a return visit to the Essence Music Festival in New Orleans with his team that now includes a manager, publicist and security guards. The magazine invited him last year when he first garnered attention.

One of the most interesting requests Randle receives are from brides who hire him to walk them down the aisle on their wedding day in place of their own fathers. He’s done the job a total of five times so far.

“One thing that blows me away is the status I have now,” he said. “People recognize me. I was recently in a mall in St. Louis and someone said ‘that’s the guy with the beard in the mall.’”

As far as his personal life, Randle said he’s off the market. He's been married for almost 30 years and his wife prefers to stay out of the public eye. And while he is the grandfather of two, Randle said he’s now trying to get away from being called “#MrStealYourGrandma.” 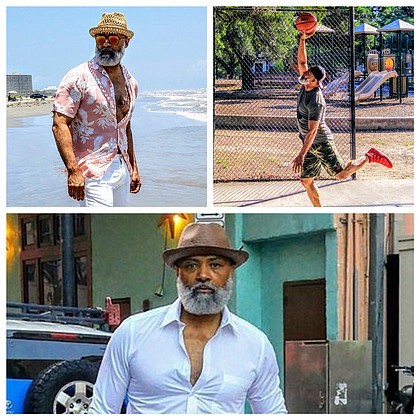 “I like it but when I first heard it I thought it was a joke. I don’t want to steal anyone’s grandma. I’d rather be ‘Mr. Steal Your Auntie.’ I’m actually trying to get away from that but I bought the rights to the name and trademarked it.”

“I don’t like rompers. I started getting calls to show off a romper and I’m not going to wear that,” he said.

Randle’s grooming routine includes going to the barbershop twice a week and getting his signature salt and pepper beard shampooed, conditioned and blow dried every other week. He puts in 45 minutes five times a week at the gym, does 30 push-ups every morning and runs two miles. Randle’s diet consists of everything baked and broiled along with plenty of water.

Randle said he has no plans of slowing down anytime soon. One of his upcoming appearances includes coming to New York for Fashion Week in the fall.