‘Jitney’ is a must see 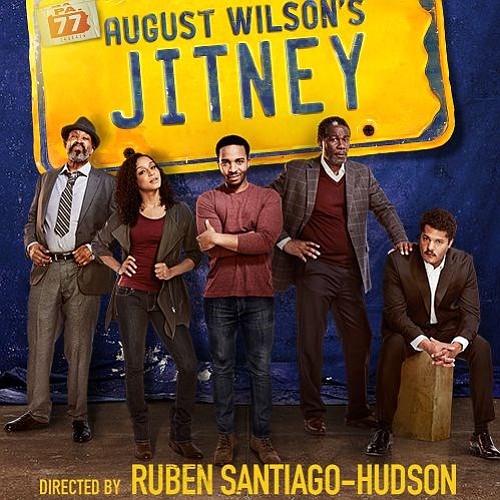 Every once in a while a play comes along and changes how I see the world, myself, my community and everything in between. “Jitney,” currently showing at the Samuel Friedman Theater until March 12, is a must see. Playwright August Wilson created a series of plays to illustrate Black American life in each decade of the 20th century. “Jitney” takes place in the 1970s and is a poignant story of intergenerational conflict, “urban renewal” and the ways in which we have no control over so many aspects of our lives.

The backdrop of “Jitney” is the impending closing of the building where a car service is housed. Wilson paints a delicate picture of how eminent domain, the process of the government taking ones property for public use, affects this Pittsburgh neighborhood. Seeing the characters fear potentially losing their livelihood and struggle to figure out their next steps, I could not help but think of all of the New Yorkers and other Black Americans living in cities who currently fear the impending neighborhood “improvements” and changes. As I think of the expansion of Columbia University throughout Harlem, I saw so many Harlem residents in the characters onstage.

So much of this (incredible) play—first staged in the early 1980s—and what community residents are facing today pertaining to being pushed out, has roots in historical practices and policies that directly affect working-class Black Americans. Scholars of urban politics remember a time when most cities couldn’t even pay certain demographics of people to live in the city. Now that diverse groups of people want to live in cities once again, difficult questions pertaining to who gets to stay and who must be forced out should be at the forefront of our concerns.

I have not figured out how to solve the housing crisis in New York City or elsewhere. However, I do know that it is essential that we vote for individuals at all levels of government who will protect the necessary diversity of cities, that is, racial, ethnic, economic, etc. Affordable housing is imperative to maintain that diversity. So are small businesses. As real estate prices soar, both business and residential, the fears of the “Jitney” characters become real, as do the fears of so many people of color in cities across the country.

It is also imperative to support organizations that are trying to solve these important questions. Community residents don’t always win the David versus Goliath fights, compromise is often considered a win. However, just being at the table or in the room when some of these decisions are being made can be the difference between being allowed to stay in the city, or not. “Jitney” is an incredible reflection of the concerns of so many Black Americans in cities. If you have time, please see and support this necessary play.