SPECIAL REPORT: Racism in the classroom 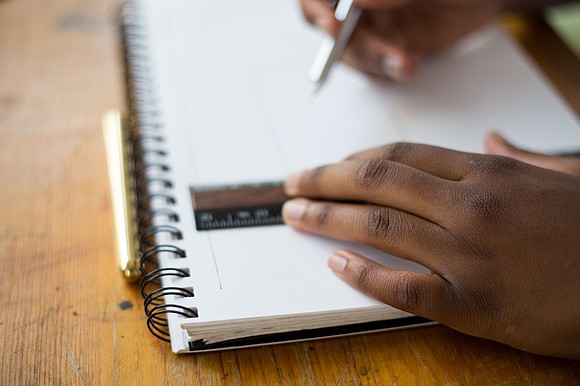 According to Malachi, a member of a youth organization in Far Rockaway, Queens, during a schoolwide Black History Month program earlier this month, white students were taunting performers and yelling racial slurs. Things got so bad the performance was cut short. As frustrated Black students became more upset, Malachi reported, white teachers and administrators at the school told them simply to not let the incident bother them and not to make it a big deal.

Whitney, a high school student in Harlem, told the AmNews that when her white history teacher got to a chapter on slavery, she told students to read the chapter on their own and didn’t discuss the issues in class.

These examples are just two of the numerous unreported racial incidents that students face in New York City public schools. Advocates say it’s just a tip of the iceberg of a problem that’s doesn’t seem to be getting better.

In February, during Black History Month, the issue was put in the spotlight when Patricia Cummings, a white teacher, stepped on the backs of Black students during a social studies lesson on slavery at Middle School 118 in the Bronx, where Black and Latino students make up 80 percent of the student body.

Another controversy occurred at Christ the King High School in Queens, when 17-year-old Black honor student Malcolm Xavier Combs wanted to put Malcolm X on the back of his senior sweater. White administrators denied his request, stating that the civil rights activist was “…a person you don’t want to be associated with.”

Then came a final highly publicized incident at Intermediate School 224, again in the Bronx, where white principal Patricia Catania allegedly ordered a Black English/Language Arts teacher not to teach Black history to students. Catania was later accused of confiscating a student’s Black history poster about icon Lena Horne with no explanation. Catania later returned the poster.

“There should be more Black teachers,” Whitney told the AmNews. “The white teachers don’t take it among themselves to see where we are coming from and the situations we are in. They’ll say to us ‘I was a teenager once’ and that’s wrong because they weren’t a Black teenager. I feel as if these white teachers come in with the ‘white savior’ mindset and they disregard the circumstances and barriers we have to face.”

Malachi agrees and said that during his high school years, white teachers did little to connect with Black students and that there were few Black teachers at his school in Queens. He said that racism was just part of his school experience.

“I didn’t experience any explicit forms of racism, but there were definitely subtle things,” he said. “There were instances where me and a group of friends would face stereotypes and microaggression. No matter how subtle it was, it was something we had to deal with.”

In October 2017, education policy and advocacy organization The Education Trust-New York reported that one-third of all New York State schools have no Latino or Black teachers. In New York City district-run schools, Latino and Black students represent approximately two-thirds of total enrollment, and Latino and Black teachers make up only one-third of the educator workforce.

The organization also reported that in school districts designated as low-need or average-need, the average school employs fewer than two Latino and/or Black teachers.

So where are the Black teachers? According to experts there was a time when Black women dominated the teaching workforce in the city and across the nation. However, as more opportunities became available for African-Americans, Black teachers started looking for better careers.

“It’s common throughout the county,” said UCLA Graduate School of Education professor Dr. Pedro Noguera. “There is a shortage of Black people going into teaching. Part of it is attitudes toward teaching. We’ve got to do a lot of work early encouraging kids who have natural inclination helping other kids.”

Noguera said that Black children often don’t see a Black teacher throughout their K-12 school career. And it can have an impact on how Black students see themselves as well as authority.

“Too often, the only Black adults kids do see in school is the custodian, the security guard or the person who is in charge of discipline,” he said. “We need to really think of a strategy to build a pipeline into teaching.”

Race, of course, plays a factor in how Black children are treated in the classroom, even as early as elementary school. According to the National Center for Education Statistics, white women make up the majority of the elementary school teaching force nationally. Many enter the classrooms where Black children are the majority, and those teachers have had little or no interaction with Black people before being hired.

The women were shown photographs alongside descriptions of various crimes and asked to assess the age and innocence of white, Black or Latino boys ages 10 to 17. The white female students overestimated the age of Blacks by an average of 4.5 years.

“We are a very conflicted society, and that confliction shows up in our schools,” said Medgar Evers College president and former New York City Board of Education chancellor, Dr. Rudy Crew. “This stems from a long line of devaluing people in our country that’s as old as slavery itself. It’s going to take very insightful and focused leadership in schools and communities at large to regain the moral authority to make sure diversity is in practice.”

“We’ve seen that the teaching force was getting whiter and whiter,” he said. “As requirements change to enter the teaching profession and how the Board of Education recruited were a few things that aren’t diversifying teachers. We should start recognizing students in the New York City public schools system that want to teach and create a pathway for them.”

Part of the problem, according to experts, is that Black teachers aren’t being recruited to New York City. The AmNews asked schools Chancellor Carmen Fariña about the city’s efforts to bring in more Black teachers. Through a representative, she said there are relationships with Black colleges as well a national initiative.

Parents also deal with the fallout when children suffer from racial mistreatment in the classroom. Parents have repeatedly asked the DOE to address racism and bias in schools for years.

Nievea is the parent of a child in school in the Bronx and told the AmNews she experienced racism first hand. She said when her child went to a Head Start program, they put her in a lower level. Nievea, who speaks Spanish, also felt that teachers weren’t giving her child the attention she needed.

“They wouldn’t try to communicate with me in any way,” she said. “I feel like the lack of support was motivated by racial differences. I don’t really notice any Latino or Spanish speaking teachers and each teacher should receive training to better understand different racial dynamics.”

In recent weeks, activism has been a means to combat racism in the classroom. Students parents and teachers have held demonstrations at M.S. 224 in the Bronx and Christ the King High School in Queens following recent incidents. Rev. Kevin McCall and Minister Kirsten Foy from Rev. Al Sharpton’s National Action Network have been at the forefront of the efforts.

Another key figure in education activism is public school parent Natasha Capers, coordinator of the NYC Coalition for Educational Justice. The Brooklyn mother of two says the solution to ending the racism from teachers is culturally responsive education (CRE). The research-based strategy increases teachers’ awareness, skills and comfort with teaching diverse populations.

“We know this is a systemic problem and systemic problems need systemic solutions,” she told the AmNews. “Culturally responsive education means recruiting and retaining teachers and administrators of color and having anti-bias training across the system at all levels. We also have to revamp curriculum. When we teach Black history and slavery, we’re doing it wrong. We just can't talk about marginalizing people’s oppression.”

Capers added that when it comes to Black male teachers, they are usually brought in to schools as deans in charge of discipline. The positions don’t allow them to build genuine relationships with students of color and Black teachers often feel isolated.

Furthering the disconnect between students of color and white teachers, Capers said a large percentage of public school teachers aren’t from New York City and, for many, it’s their first time in an urban setting. Implicit bias among white teacher is often times never confronted.

“So many teachers come into these neighborhoods, they might go into a store to buy lunch and leave,” sais Capers. “They don’t explore the community or anything in the neighborhood. If you’re always thinking yourself on the outside, then you don’t take the time to relate to anyone.