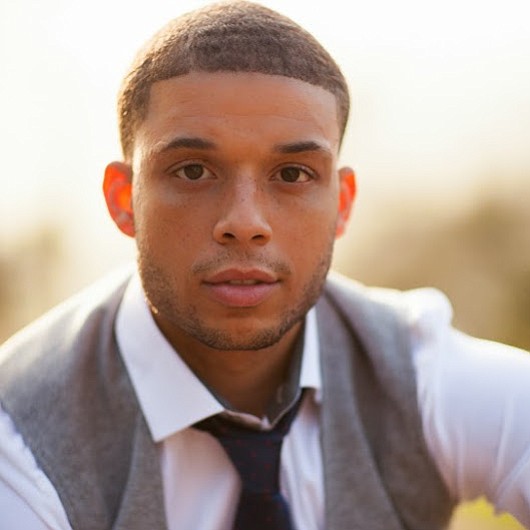 Roland Buck III is a very fortunate young man. On NBC’s “Chicago Med” (now in its third season) he plays Dr. Noah Sexton and now, the passionate actor, also appears in the National Geographic series, “The Long Road Home,” based on the book of the same name by Martha Raddatz. In 2018, he will appear in the comedy “The Week Of,” starring Adam Sandler and Chris Rock, heading for Netflix and directed by Robert Smigel.

Here is a brief excerpt from an hourlong conversation with Roland Buck III.

Buck: Love (laughing). I love acting. I recall watching the film “The Wood” starring Taye Diggs, with my mom, and I was compelled because the lead character and I shared the same name. After the movie, I asked my mother about acting as a profession. I questioned if I could pursue, acting as a job? I didn’t know that this could actually be a profession.

Buck: She had the perfect answer, an encouraging answer. My mother told me that I could do anything that I wanted to do. Besides the game of football, acting is the thing that gave me that same kind of thrill.

AmNews: You have a lot of projects this year. Let’s go down them all, starting with NatGeo’s “The Long Road Home.” What drew you to this series? What was it like portraying real-life events?

Buck: That’s a good question. It’s not often that you’re portraying real-life people. To train, I went through a two-week [training] process with Army rangers. We’re shooting live blanks, so it was easy not to act. With everything going on around us, it was easy to react. It was probably the most physical role that I’ve had so far.

AmNews: In 2018, which is just days away, days, you will also star in the Chris Rock and Adam Sandler comedy “The Week Of,” appearing on Netflix. This might sound like a silly question, but what was it like working with two comedy legends?

Buck: First, I had to switch to three different genres in an eight-month span. Comedy is great. It was really nice, really cool to laugh. Adam and Chris are both great people to work with, and they both made me feel right at home. Adam and I would play basketball during lunch breaks that’s cool. Right?

AmNews: Let’s talk about your role as Dr. Noah Sexton on NBC’s “Chicago Med.” Which genre do you prefer, drama or comedy? It’s a big deal to be working on such a big network, right?

Buck: Yes indeed. It’s a blessing because I’m from Chicago originally. “Chicago Med” was my first network job. Like most actors, starting in the industry, my first job was a recurring role for two episodes, then it grew from there. I love that I get to go back home and work where my family is. I get to play a person of color that’s a doctor. I hope my role as Noah Sexton can show all kinds of kids, especially those in Chicago, that they can be more than just an entertainer or an athlete.

Buck: (laughing) Yes. It’s been challenging. Particularly, the dialogue of medical terms is there, but it’s not that heavy. I’m learning, in the show, I’m a student so I’m nervous and unsure. That comes natural, so it’s easy to act that. The challenges come when I have to bust out like a paragraph of medical jargon, and I have to know what I’m saying, and I’ve never said any of these words ever before in my life. It keeps me on my toes, it’s a role that I can’t get complacent in and I love because it continues to let me grow.