Spencer tries to remain chill and focus on Tokyo 2021 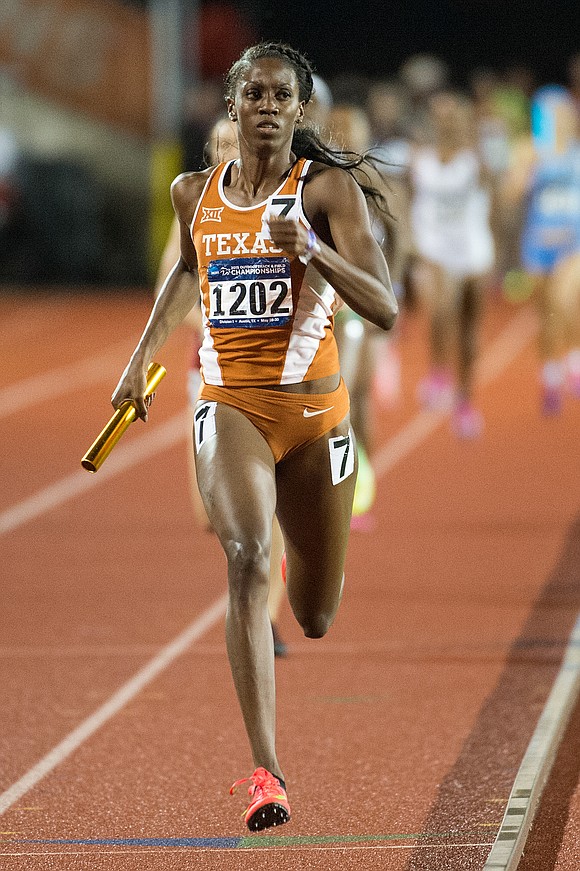 For athletes who have been building to the Olympics originally scheduled for this summer, it’s been a tough few weeks. Reigning bronze medalist in the 400-meter hurdles Ashley Spencer said the postponement of the Olympics until July 2021 is heartbreaking. Describing herself as a “textbook over-thinker,” she’d been carefully planning to peak in August when the track events were scheduled.

“However, for the safety of not only the athletes, but all the moving parts when it comes to the Olympics—volunteers, officials, fans, family—it’s the best move,” said Spencer. “Not knowing what’s going to happen within a year as far as health, fitness and life in general is pretty scary, but so is being a 400 hurdler. Knowing that my goal is to be in Tokyo is motivation enough for me to keep going.”

Spencer, who lives and trains in Austin, Texas, said she and fellow track athletes are trying to remain as fit as possible within the rules for social distancing. She does not have hurdles to practice for her event, so she’s focusing on maintaining her fitness in case the opportunity arises to compete at some outdoor meets later this year.

“I’m doing home workouts, abs, I have a stationary bike,” Spencer said. “Rolling out, stretching, the normal things I would do during season…There are some days we’re able to be on a track and do some stuff in spikes, which is a blessing.”

She said her training group is close-knit, so they have a group chat, and she’s been diligent in checking on family members. Spencer is sharing some of her experiences on Instagram and Twitter (@thetrackqueen) and she recently started a podcast, Thoughts from the Throne, which is available on Apple Podcasts. With the goal of owning her own bakery someday, she’s also been using time at home to practice baking.

Spencer is also a 400-meter runner, having won gold medals at the World Championships, the World Indoor Championships and the World Relay Championships. To stay focused, she looks at mementos, including the spikes and bib she wore when she won her Olympic medal in 2016 in Rio.

“I will sit and reflect on all the things that I’ve done up to this point,” said Spencer. “I’m not the type of person that likes to be in situations where I have no control, and this is one of those situations…With the 400 hurdles, I count and plan every single step.”

She concluded, “I’m going to be prepared for whatever is ahead.”